This past weekend, representatives from EnMax Corp., a Calgary-based utility, held a four-day recruiting session at the Prince George Hotel in downtown Halifax. Enmax is looking for 20 workers from the Powerline Technician and Power System Electrician trades. Several former NSP employees have already left to join Enmax over the last several months, with more anticipating heading West in the near future. (See article on the CBC website for one former NSP lineman's story).

PowerTel Utilities Contractors Limited, based out of Ontario, is an outside line construction contractor that is agressively recruiting powerline technicians as they look to establish a presence in Atlantic Canada through a base in Nova Scotia. Their ad for PLTs ran in the Chronicle Herald on Saturday March 1st. PowerTel will be a direct competitor to Emera Utility Services (EUS). Emera is the parent company of both Nova Scotia Power and EUS. (See PowerTel's ad on Career Beacon.)

BC Hydro is also actively recruiting powerline technicians and cable splicers. (See links to job postings on our Available Work page.) A number of linemen from Nova Scotia left recently to pursue work with Valard, MidLite, and Rockstad. The loss of these skilled workers will be felt in the province eventually, particularly as contractors seek labour to build the Maritime Link, a project approved in Nova Scotia last fall by the UARB. The Maritime Link will bring renewable power via undersea cables from the Lower Churchill Falls dam in Labrabor to Newfoundland, Nova Scotia, and the Eastern US.

The IBEW Founders’ Scholarship honors the wiremen and linemen who, on November 28, 1891, organized the International Brotherhood of Electrical Workers. The IBEW Founder's Scholarship is a competitive scholarship that awards up $200 (US) per semester at any accredited college or university toward an bachelor’s or postgraduate degree in a field that will further the electrical industry overall (as determined by the Founders’ Scholarship Administrator). The maximum distribution is $24,000 per person over a period not to exceed eight years. This is an adult program, to be used solely by IBEW members. Further terms and details about the scholarship are in the application form. Deadline for application is May 1.

[From the IBEW International e-newsletter]

The Supreme Court of Canada struck a blow for pensioner rights Jan. 30, reinstating a lower court’s decision that a $43 million pension surplus that existed when Manitoba Telephone was privatized in 1997 belonged exclusively to retirees.
The provincial telecom company, now known as MTS Allstream Inc., switched over from a government-sponsored pension plan to a private one when it was sold to private shareholders 17 years ago. At the time, the plan reported a $43.3 million surplus in Canadian dollars (or close to 40 million U.S. dollars) which was supposed to be paid out to existing and future retirees. Current workers paid into the account, with every dollar in the surplus contributed by employees, not the company. MTS made its contributions on the back end, covering half of every retiree monthly payment.
“It was our money and our money alone,” said Winnipeg Local 435 Business Manager Bruce Krause.
The IBEW and two other unions—Unifor and Telecommunication Employees Association of Manitoba Inc.— along with a group of retirees discovered that the surplus was gone, with the company wrongfully making use of the fund to cover the cost for its pension contributions. “We’re talking more than a decade of lost interest,” said Krause, who represents more than 700 active MTS employees. “That’s money that could have been have used for benefits.”
The court agreed. “Only MTS benefited from this excess contribution and plan members received no enhanced benefits funded by excess contributions,” Justice Marshall Rothstein wrote in the court’s decision. The unions sued the company and a provincial court found MTS liable for the $43 million. An appellate court reversed the decision, but the Supreme Court upheld the Manitoba judge’s initial ruling. The court also ordered all the union’s legal fees to be repaid. MTS will be required to return the $43 million, plus interest, to the plan, which could increase the fund by upwards of $140 million.
Local 435 President and Pension Representative Don Senkow said this is a huge victory for pensioners’ rights in Canada, particularly for retirees at privatized companies. “It says we have rights, regardless if we’re in the public or private sector,” he said. 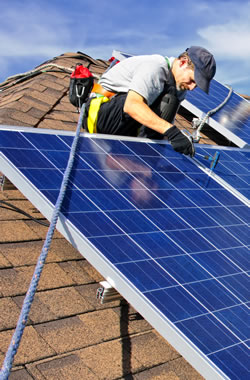